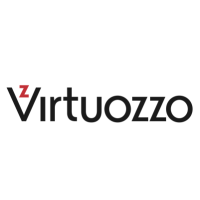 I am using Virtuozzo products since version 4.6 and i see very big potential in Virtuozzo 7 for big hosting company and for little – it think its the most cost-effective solution for VPS and cloud hosting.

One of the great (for me?) features that i was surprised to her (BETA stage?) – Disk encryption ! You can encrypt the data and the backup and the container would be encrypted  🙂 I think ReadyKernel is the second of the greatest things – No more “useless” Reboots !!! 🙂

One more likely the saddest news to hear was – “No more PVA”.  Yes , you are not in the dream… Virtuozzo killing its “baby” for new product that called “Virtuozzo Automator”. Virtuozzo team says that Virtuozzo Automator will have brand new features like LB (Load Balancer) , VPN , Network config and more ….

I remember a great story regarding Plesk Expand server – it was one of the best support hosting panels ever… some day Plesk (Paralles) decide to “kill” this solution and what is happening now is a mess, support department was confused with so many plesk panels…. Couple of years past and now Plesk (Paralles) developed “New Expand” as extension to Plesk platform that do the same thing … . I think the same would be with PVA (i think so…..)  and it will rise in couple of years with the new brand name but the same idea  🙂

Think of Virtuozzo as your virtualization multi-tool: Our unique approach to combining the best virtualization tools and value-added services in a single console is proven to be the best fit for customers that want:

This is a copy of the invitation that was sent by Virtuozzo team: 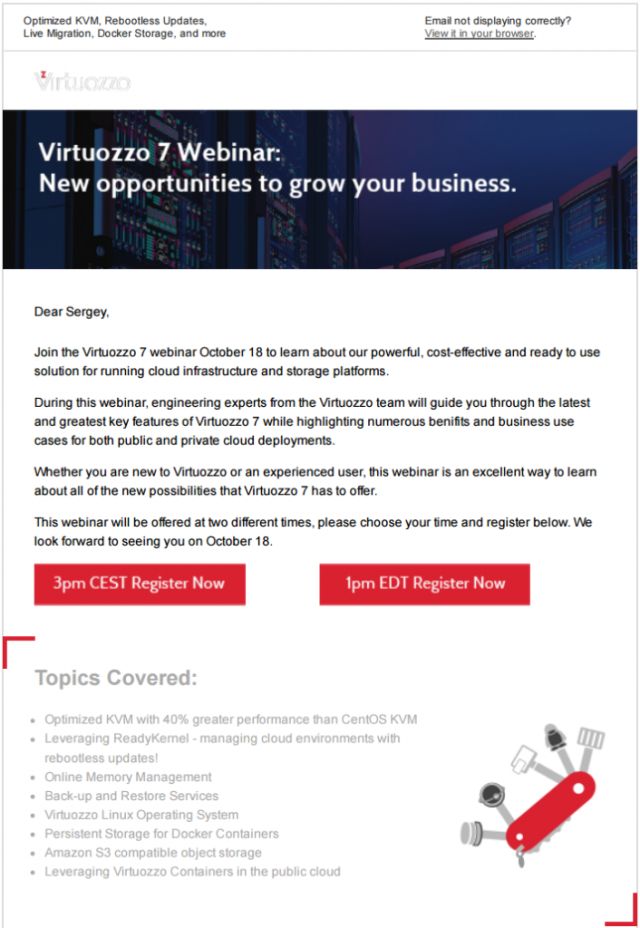 With system containers™, a single operating system kernel can support multiple isolated virtualized instances instead of just one. Such instances, called containers™, look and feel like a real server from your customer’s point of view.

This graph depicts a density test comparison of CentOS 7 KVM and Virtuozzo 7 Containers™. Each virtualization solutions was loaded by a number of clients sending requests to every server at fixed rate. While adding more and more servers, we monitored the average response time and stopped the test when it reached the preset limit (200ms). As you can see, CentOS 7 KVM was able to handle 130 servers simultaneously, while Virtuozzo Containers™ can run more than 200 servers with the identical performance.

This graph depicts a SPECvirt performance test of Linux workloads for CentOS 7 KVM versus the Virtuozzo 7 Hypervisor. Tiles represent a set of workloads. A single tile deploys a number of different workloads, each of them generating output transactions. Here we measure the output total of all transactions.

On top of virtualization, Virtuozzo offers a helpful suite of value-added services right “out of the box”, keeping your total cost of ownership low.

Thats it ! Virtuozzo 7 webinar October 18 was GRAET ! For the first look i was impressed for the good side !