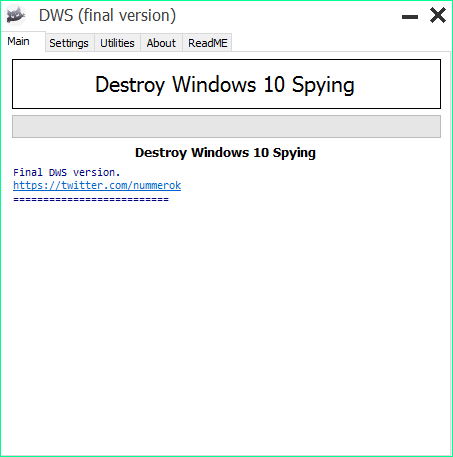 If data collection in Windows 10 is one of your main concerns, then you probably already know that there are a lot of apps out there which can help you with that and block the operating system from sending any of your own information to Microsoft.

Destroy Windows Spying – is the most popular program to remove spyware in Windows 7/8.1/10

The program runs as quickly as possible, because its algorithms are optimized and elaborated.

Millions of users are using the program, and help her improve, complementing the source code.

The program has advanced settings that allow you to further customize the removal of spying. 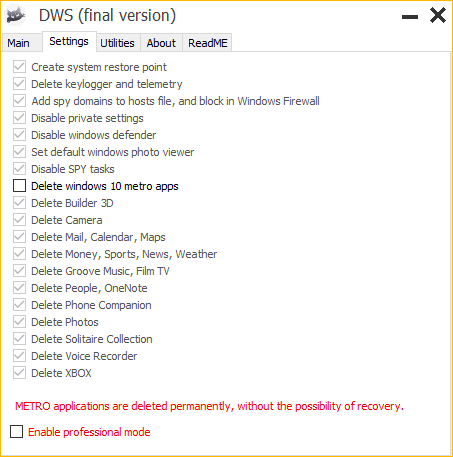 Massage from the author of a DWS- Destroy Windows 10 Spying:

Hello. Since you here, means that you are looking for a new version of DWS? How you see, it’s absent yet, and sources are raw and there are not ready for usage. The project is not abounded (State since 04/30/2016). I just have no time to work closely with it. We will glad if you would help us to build a new version. If you are asking, Why we have published that? Because carry a release date has become ashamed, and we want to show that development still in process and we are not forgetting about you.

Waiting your suggestions and commits =)

Determination of the system language

We get the language from the command-line arguments to the function:

Next we set language in function:

And call function to change the language:

Announcing PowerShell is open sourced and is available on Linux